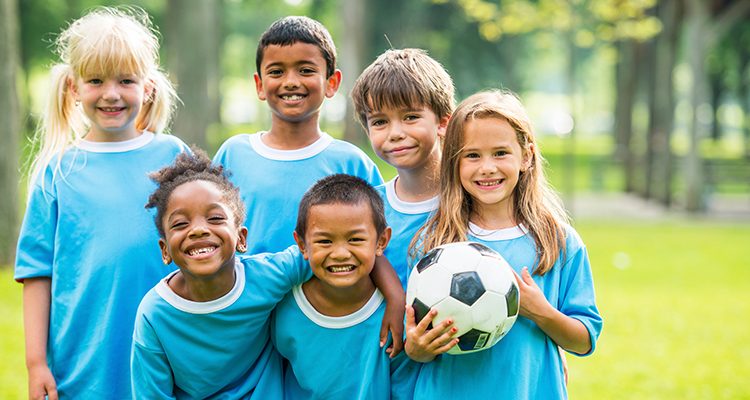 Summary: Youth soccer teams require an immense amount of organization and cooperation from the parents.

As a youth soccer coach, your immediate focus might on preparing for the preseason through a series of intense conditioning, long stretching sessions, and developing new plays and strategies. While all of these factors will pay huge dividends in the long run, one of the most underestimated areas are team meetings – not just ordinary team meetings, but parents meetings.

One of the best ways to let your team know your expectations and goals for the season is to hold a mandatory parents meeting prior to the season. Doing so will allow you to communicate with the entire team and also let them know how you plan on running your practices.

Maintaining organization throughout the season can quickly spiral out of control if you’re not fully prepared. Feel free to let parents lend a hand when it comes to specific events. Most of the time, they’ll gladly volunteer, due to the fact that it’ll help them get closer to their children. Throw out a variety of options. For instance, you might want to treat the team to some juice boxes or snacks after every practice. Or, some of the members may need adequate transportation to away games – a van would work perfectly. These are only a few of the things that you’ll face throughout the season. And, when it comes to preparation, there’s no such thing as being “over prepared”, because when it’s all said and done, you know things won’t be all fine and dandy.

While everything should be self-explanatory within the contract (depending on the league) it’s important that the parents understand the costs of having their child on a youth soccer team – it’s definitely not free. Feel free to explain the total amount that each family will have to invest in items such as: soccer clothes, soccer cleats, accessories, and other supplies that they’ll need throughout the year.

Furthermore, if the league requires a specific fee for joining, be sure to communicate this among the families. The last thing you’ll want is an angry parent getting on your case for not discussing the costs of a soccer shinguard – from experience, it’s not pretty. Be realistic with all costs. You must also be strict with your policies as well. Leniency may come natural for young players, but they also need to learn that there are rules that must be followed in order to succeed. And, this can potentially translate into the real world as well – allowing them to uncover valuable life skills that will make them into a more mature individual. 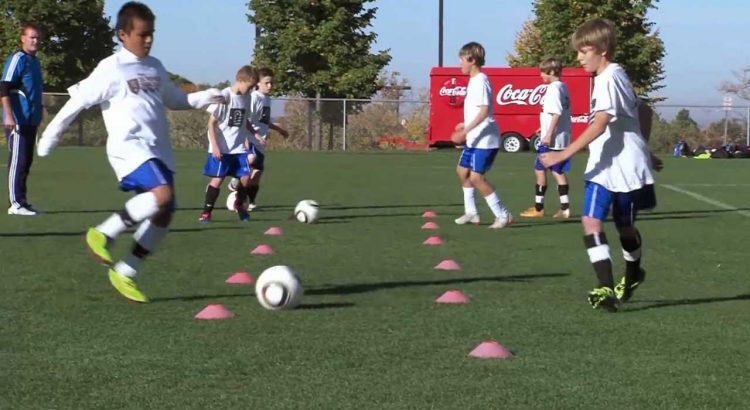 Summary: By utilizing specific training techniques and focusing on certain segments of one’s game, you can substantially improve your child’s overall playmaking skills.

Developing soccer skills at an early age is crucial for improving one’s game to a higher level. Now, there are numerous skills that players like to focus on like passing, dribbling, and shooting. These all work in tandem to improve one’s overall game. Here is a breakdown of some of the most important skills that you can help your child with, even in the comforts of your own backyard.

Don’t Limit Your Skills to One Foot

The utilization of both feet in soccer is a crucial component, just like it is in the sport of basketball. For example, if you’re always dribbling to the right just because that’s your dominant foot, you’re essentially predictable every time you have the ball. But, if you train your child to be equally skilled with both feet, he or she can maneuver around defenders and stay on the offense while maintaining balance. It’s an important, and underrated, skill that most children do not learn when they’re young. Be sure that you purchase the right types of kids soccer cleats to maximize their performance as well.

As stated above, paying attention to training both feet is an important aspect of soccer. Additionally, you’ll want to be sure that your child has equal strength in both legs as well. Do some exercises where he or she dribbles the ball at full speed with both feet zigzagging in opposite directions. This helps promote balance and comfort when it comes to running with the ball. Most players need to stop and settle the ball to get their bodies turned to the right position before they kick it. If one foot is weaker than the other, the opposing defender will most likely block it, or the goalie will easily defend it due to the lack of velocity behind the kick. On the other hand, if your child is a goalkeeper, he or she will want the right kids goalkeeper gloves that are both sturdy and comfortable. Pertinent vision is a crucial component.

Beyond this, accuracy is also an important factor as well. While this takes years of practice to develop, by training your child at a young age, he or she will get an idea of where the ball will generally fly according to the type of kick that he or she performs. The more practice that they get, the better they will become at knowing their strengths and weaknesses. 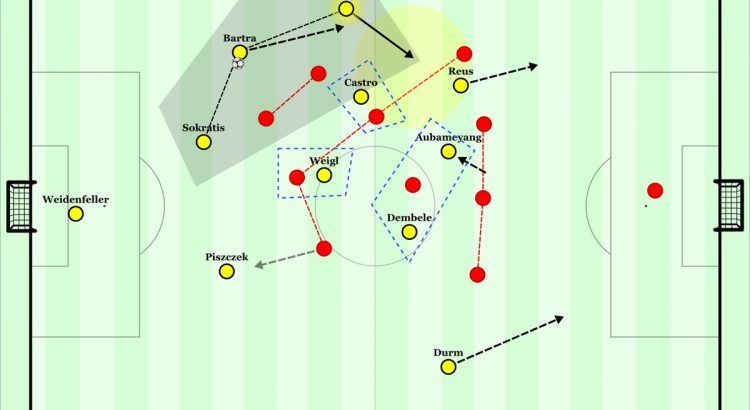 What was the impact on Barcelona if the opposition were pressing them high during their 15-pass preparation?

The opponent risks being combined through as Barcelona use the goalkeeper – meaning a natural 11 vs. 10 advantage as you press them. Even if they aren’t near their own goal they are still very talented in tight spaces, so pressing high and leaving space in behind your defense is risky vs. such players who can break presses. Of course they might not be able to position themselves perfectly to begin the positional attack but if they can break the high press then they can progress into the attack in a very advantageous situation. If you are able to press them successfully then you can win the ball high up the field and quickly attack their disorganized positioning in transition!  [READ MORE]

END_OF_DOCUMENT_TOKEN_TO_BE_REPLACED 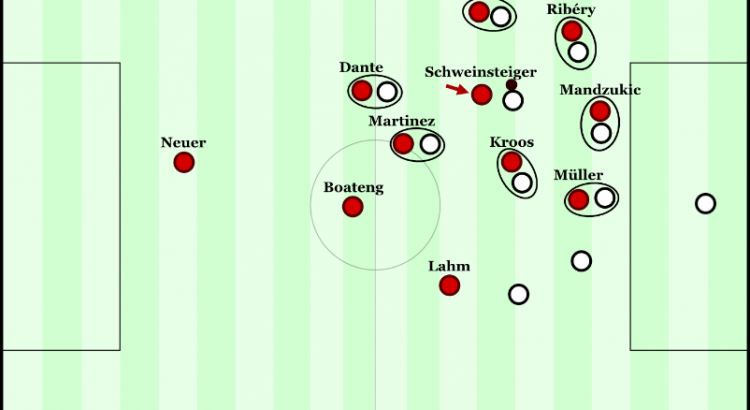 How long have you been actively taking a keen interest in the tactics and strategies of the game and where did this stem from?

Hmm, I began actively taking part in analysis roughly 5 years ago. It stemmed from 2 things: 1) Me being born to a Bosnian family in Germany, and 2) My natural curiosity about things. Both Bosnia and Germany are crazy about football so I have always had a passion for it, and in regards to my curiosity – I have always wanted to know how things work and why certain things happen within matches. So put those two together and you have a keen interest in football! [READ MORE]

END_OF_DOCUMENT_TOKEN_TO_BE_REPLACED 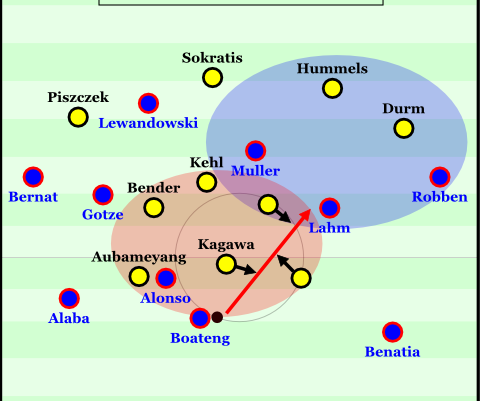 It’s quite difficult to actually pinpoint when it started, it could, perhaps, have arrived years ago, though the introduction of social media has probably elevated it to a scale where it has grown in awareness. There is no doubting that the topic of soccer tactics and strategies has now entered the majority of soccer fans consciousness. Supporters are more aware of their team and the opposition’s shape, both their styles of play and how each player affects the dynamics of the side. Truth be told, these conversations were probably taking place between fans in certain countries a long time ago, yet in certain places, particularly Britain and the US, this subject was thought of as being unnecessary, as physicality and how much the players ‘wanted it’ – whatever that means – were the most important factors in deciding a game. [READ MORE] END_OF_DOCUMENT_TOKEN_TO_BE_REPLACED 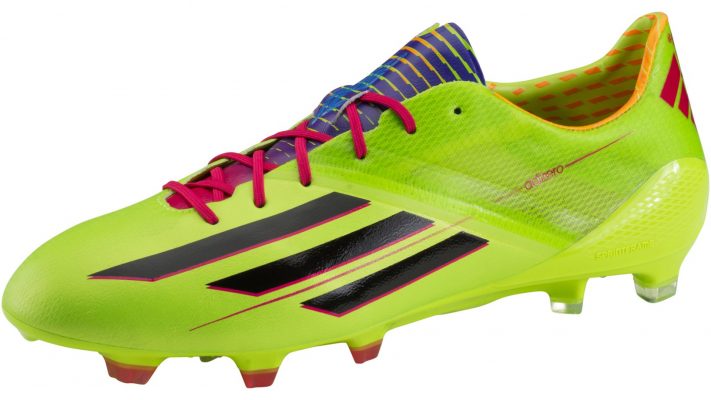 Ready for another season on the pitch? Perhaps you’re returning in the first time in a few years. Whatever the case, you most likely need a new pair of cleats. Even if you don’t, eventually your favorite pair will wear down and won’t be worth tying up anymore. When that happens, the following will help you replace them and get back to playing your best game.

It’s well known that Adidas soccer cleats are widely considered the best in the world. However, with so many Adidas soccer shoes to choose from, that knowledge might not do you any favors. Of course, some of you may prefer other brands too.

In any case, you should make it a habit to regularly measure your feet. Even if you’re an adult who has stopped growing, you may have found that your feet have gotten winder. It takes all of two seconds and doing so will make all the difference in picking the right cleats.

After you know your size, start looking online at reviews. Then go find the shoes at local stores. For best results, see if one of your teammates has shoes you can try out in your size. Seeing what they feel like once they’ve been broken in can make a huge difference. 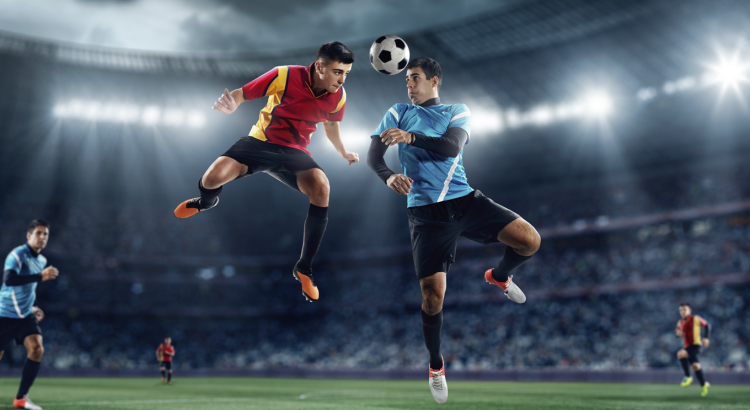 Like any sport, soccer demands a lot from those who would be the best at it. Among other things, this means having the right equipment. Does it help to practice for hours on end? Of course. Will it be enough to conquer the game all by itself? No, definitely not.

For that, you’re going to want a good soccer ball. Preferably, it should be a brand name like an Adidas soccer ball. Practice with a high-quality brand and you’ll quickly begin seeing the difference.

Then, you want to get good cleats. Quality cleats are essential for supporting the foot and legs during play. If you don’t have high quality shoes, you’ll soon realize it. The feeling will not be a welcomed one.

Do you have good shin pads? Don’t be the guy/gal who finds out the hard way that, yes, shin pads make a big difference in play. You want to be courageous with your play, not worried that the other team’s player is going to kick you where it hurts.

It can also be argued that you need quality clothing as well. Hey, if you look like a winner, you’re more likely to play like one. With a soccer back pack, you can carry all your gear to the pitch too, so you’re always ready to play the game of your life at the drop of a hat.